Palm Springs, California – June 15, 2010 – The Rodeo Drive Concours d'Elegance held each Father's Day in Beverly Hills is one of travel publisher Frommer's "300 Unmissable Events & Festivals Around the World". This year's exhibit of classic automobiles will include three exquisite new motorcycles by DiMora Custom Bikes along with a new automobile that took over 60 years to finish, the world's only Tucker Convertible. 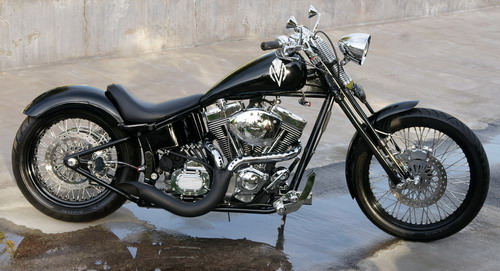 DiMora Custom Bikes will present three motorcycles at the Concours d'Elegance. The Knight Moves Series 180 is a classic pro street springer, the Dragon's Breath Series 250 is a softail chopper, and the ZTango Series 300 is an easy rider softail chopper.

The experimental Tucker Convertible was still in development when Tucker production ended in 1949. For the complete story on how the car was completed in 2009 by Benchmark Classics LLC of Middleton, Wisconsin, visit www.tuckerconvertible.com. The website has extensive photo documentation of the car's history and discusses the Convertible's authenticity as validated by Al Prueitt, the Classic Car Club of America lifetime achievement award winner. 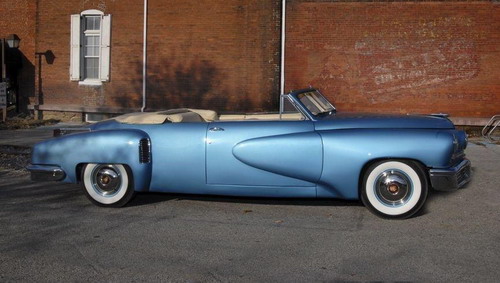 The 1988 film "Tucker: The Man and His Dream", starring Jeff Bridges and directed by Francis Ford Coppola (whose father had bought a Tucker in the 1940s), provides an enjoyable Hollywood introduction to the story of Preston Tucker and the short-lived Tucker Corporation.

The only Tucker Convertible in existence will be making its third concours appearance when it comes to Beverly Hills. At the Russo and Steele Collector Automobile Auction in Scottsdale, Arizona, bidding on the Tucker Convertible stopped at $1.4 million, below the reserve price. Interested buyers should contact Sir Alfred J. DiMora.

The Rodeo Drive Concours d'Elegance runs from 10:00 AM to 4:00 PM on Sunday, June 20, on Rodeo Drive in Beverly Hills. The event is free and open to the public.

Based in Palm Springs, California, the DiMora Enterprises, LLC family of companies excels in providing distinctive limited-edition transportation solutions. DiMora Motorcar is developing the $2 million V16, 1200-HP Natalia SLS 2 sport luxury sedan. It also distributes Hennessey Performance Engineering vehicles such as the Venom GT throughout the Middle East and India. DiMora Custom Bikes takes the passion for technological innovation and uncompromising quality that is the hallmark of the Natalia and brings it to motorcycles that are available worldwide through the growing DiMora dealer network.

Founder Sir Alfred J. DiMora's biking innovations began in 1978, when he created the breakthrough unibody motorcycle design. His automotive work also began in the 1970s, when he co-founded Sceptre Motorcar and later went on to own Clenet Coachworks, where he designed and built Clenet luxury cars. When President Reagan declared 1986 the Centennial Year of the Gasoline-Powered Automobile, the Clenet was selected as the Official Centennial Car, resulting in honors for DiMora and the Clenet at the Automotive Hall of Fame in Michigan. DiMora Enterprises continues to support Clenet owners worldwide through the Classic Clenet Club.